The latest designs of the five-dollar, the ten-dollar and the twenty-dollar bill will incorporate women, as indicated on a recent announcement by the Treasury Department.

In addition, Harriet Tubman, a famous runaway slave, will be featured in the front part of the new twenty-dollar bill, replacing Andrew Jackson. The new $20 bill will be circulated in 2020. While Alexander Hamilton will remain on the new version of the ten-dollar bill, the back part will commemorate the milestones in the suffrage movement for women. The Treasury Department indicated that the back portion of the upcoming ten-dollar bill will feature pictures of notable American women, like Susan B. Anthony, who is already featured on the front part of the one dollar coin, and Sojourner Truth, an African American.

Front part of the new $20 bill

Image by: H.B. Lindslev through the Library of Congress of the United States

Harriet Tubman or Araminta Ross was popularly known as “Minty.” She was born a slave in Dorchester County in the state of Maryland in 1822. She married John Tubman when she was around 26 years old and escaped to Philadelphia. During this time, Minty used the given name of her mother, Harriet. When she returned to Maryland to rescue the members of her family, other slaves asked for her help to escape slavery. Despite the risk, Tubman travelled from the South to the North under the cover of night through a secret network of safe houses and routes that was called the Underground Railroad. Tubman eventually became a Union spy after the start of the Civil War.

Back part of the upcoming $10 Bill:

Image credit through the Library of Congress of the United States

Susan Brownell Anthony was born into a family of Quakers in 1820 in Adams, Massachusetts. When she became a teenager, Anthony became an activist fighting against slavery. She established and led a number of suffrage organizations and women’s groups with the help of Elizabeth Cady. She also played an important role in the promotion of what became the Nineteenth Amendment that gave voting rights to women in the United States. Anthony was arrested in 1872 on charges that she voted in her hometown in Rochester. It led to her conviction and was sentenced to pay a $100 fine. Anthony, together with Stanton, presented an amendment to Congress six years later that granted voting rights to women. Anthony died fourteen years before the amendment was ratified in 1920.

Social activist and abolitionist Elizabeth Cady Stanton was born in 1815. She became one of the pioneers in the movement promoting the rights of women. Stanton’s “Declaration of Sentiments,” which was presented at Seneca Falls in 1848, reiterated the language on the US Declaration of Independence. However, the version of Stanton, which was signed by thirty men and sixty eight women, criticized the series of abuses men inflicted on women. Stanton wrote that women have been patiently suffering under the current government, and it is time for them to demand equal rights that they are entitled to.

Image credit through the Library of Congress of the United States

A staunch abolitionist and women’s rights activist, Lucretia Coffin Mott was born in 1793 into a Quaker family. Mott was an important figure in setting up the convention in Seneca Falls that produce Stanton’s “Declaration of Sentiments,” which promoted women’s rights. She was overwhelmed by the call of Stanton to allow women to vote. Mott said the demands of Stanton will make them look ridiculous. However, she continued to play a significant role in antislavery efforts and the movement to allow women to vote.

Activist Alice Paul was born in 1885 into a Quaker family. She became fascinated with the meetings on women’s suffrage as a teenager. In 1916, she established the NWP or the National Women’s Party. Paul also organized suffrage pickets close to the White House that resulted to violence from the police. However, the effort resulted to the ratification of the Nineteenth Amendment. Paul, who was an economics doctorate degree holder, set up the headquarters of the Women’s Party at a house close to the Capitol. The Belmont-Paul Women’s Equality National Monument was established by President Obama at the same house where the headquarters was located. Paul was described by President Obama as an exceptional political strategist and community organizer.

Sojourner Truth or Isabella Baumfree was born a slave in 1797 in the rural area of New York. The Dutch-speaking slave changed her name after she escaped from a farm with her daughter in 1826. Truth became a Christian and started to push for abolition, reforms in the penal system and the right of women to vote. In 1851, Truth delivered her best-known speech at a women’s rights convention in Ohio. At the convention, she said she can work, eat and suffer as much as any man even though she was a woman.

Back part of the upcoming $5 Bill: 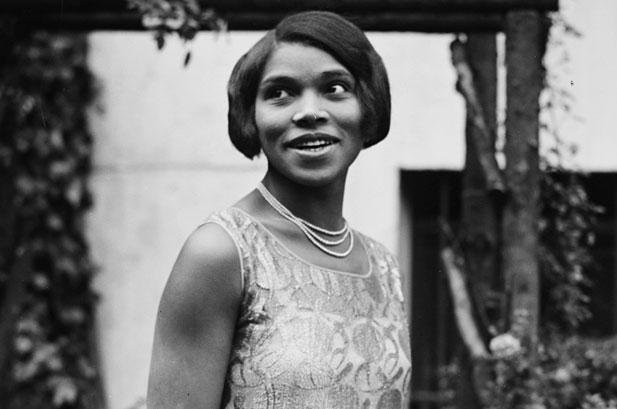 American contralto Marian Anderson was born in to a coal seller in 1897. She eventually became one of the best singers in the world. She was prevented from performing at the Constitution Hall in 1939 by the DAR or Daughters of the American Revolution due to a “whites only” clause in the contracts. The first lady, Eleanor Roosevelt resigned from the organization in protest. The Interior Department was requested by the first lady to find a way to allow a performance by Ms. Anderson. She was able to perform at a Lincoln Memorial Easter concert that attracted 75,000 people. Millions also listed to the performance on radio. 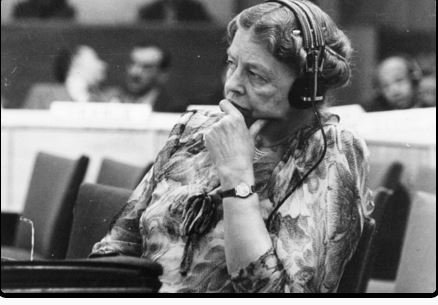 Anna Eleanor Roosevelt was born in 1884 in New York. She redefined the role of the first lady when her husband, Franklin D. Roosevelt, served as the president of the United States from 1933 until 1945. She conducted a news conference, a first for a first lady, after her arrival at the official residence of the US president, the White House. The country was continually surprised by her candor and activism. Following the death of her husband in 1945, she became a delegate of the UN General Assembly. The former first lady became an advocate for human rights and travelled around the world. She was also a writer and lecturer until she passed away in 1962. Her most famous moment was when she intervened on behalf of world renowned American contralto, Marian Anderson.

Reverend Dr. Martin Luther King Jr. mentioned his well-known “I Have a Dream” phrase even before the March on Washington for Jobs and Freedom in 1963. He said the phrase in his speeches in North Carolina and Detroit. However, it gained national attention after the American Baptist Preacher said it in front of 250,000 people at a renowned American monument, the Lincoln Memorial. This famous phrase formed part of his speech touching on equality and racial justice. The phrase considered as the most powerful words that had a major influence in American history.

Latest posts by ratetake (see all)

Financial stories straight into your inbox!

Martin is Head of Real Estate and Finance division at RateTake. He creates content that helps people understand and make the right decisions for their financial future.

RateTake provides financial information straight as we see it. We will not bore you with fluff, but give you the right idea and solutions when it comes to finance.